What are DDoS Attacks and How Can You Protect Your Business?

A Distributed Denial of Service (DDoS) attack prohibits access to a computer resource. This kind of assault rarely happens alone but rather occurs in waves once an attacker realizes they have been successful in the first attempt. Using the same method of attack on a business’ computer system, such cyber-attackers can then overwhelm and suppress internet facing websites and applications, which can greatly hinder the ability to conduct business as normal. 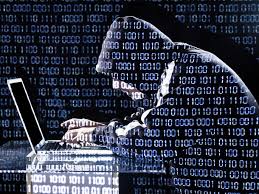 In order to safeguard against DDoS attacks, businesses must first recognize being potential targets, especially since there has been a recent rise of such assaults on businesses in the past year. While the motivation behind such an assault can be difficult to understand, they happen for a wide variety of reasons. Attackers may seek to hold systems hostage in an extortion attempt, or the attack may not be motivated by the prospect of financial gain at all. There have been instances where DDoS attacks were launched by former employees holding grudges or by individuals disagreeing with a particular company’s general policies and practices.

It is in personal attacks, such as those launched by former employees, that the gravest damage can occur because the motivation is purely to harm rather than prohibit access to websites. In withholding, there is value in preserving the website’s systems for future financial gain in the form of an extortion attempt. Personally motivated attacks, however, don’t mind wrecking permanent havoc.

Cyber security experts suggest businesses look into the systems already in place to protect against DDoS attacks with service providers. Any safeguards, however, should be taken with a grain of salt because they do not guarantee your protection. If an attack on your business threatens your provider’s servers, your systems may be cut off from theirs as a calculated sacrifice to protect your provider’s systems and other customers.

That leaves two real solutions for businesses to protect against DDoS attacks: (1) use cloud-based applications or (2) use a DDoS defender that guards against both application and bandwidth attacks. Cloud-based applications are more difficult for cyber criminals to infiltrate and can also be scaled to meet business demands. With specific tools designed to defend against DDoS attacks, look for ones that have both detection and mitigation functions, so dealing with any perceived threats is not put off until later. It is in quick action that DDoS attacks can be thwarted.